SUCCESS is a spirit Did You Know This? Well now You Do!

Have you heard of The Spirit of success? Life itself is an experience that has sent a thought of regret to many for ever being born! So many broken dreams, unfulfilled promises, and what’s believed to be ‘unanswered prayers’ (broken marriages, destroyed careers, turned down business contracts etc.) Today I am here to HELP YOU redefine the purpose of your life and as well as its meaning.

I believe the reason why all of us have not been able to enjoy the beauty of life is simply that we are amateurs and newbies to life…Bear with me and keep those stones! The only person who has been here before creation is our LORD Jesus Christ. He saw Abraham from youth till old age {thus the saying ‘before Abraham as, I am}. He saw David grow up, slay Goliath, and raised to maturity from dust to throne. God can be trusted with our life because He is EVERYTHING, He is God. I would like to let you know that you do not fight the battles you have been fighting ever since you were born in order to stay alive, rather you’ve been fighting them because you were born and it is God who kept you alive. It is expected of every person to fight a battle in this life and it is an expectation of that person to win the battle as well as it is a command God that you should prosper, be fruitful and to multiply according to the prophecy given in Genesis. Yet, the battle is the Lord’s And by the reason that God knew you were coming into this world, He had already prepared for you an instruction book that would direct you into the right path of victory. He promised to go before you and not to fail you. God told Joshua that Moses had left him a book and He wanted him to read it and memorize it for by that He would prosper. I am speaking to you that may it be so in your life that just by reading the book of the great and living author, you will succeed.

I have some secrets that have helped me so greatly to achieve success, you may be a person who was supposedly born weak and not as intelligent as others are according to the flesh. But by that alone I want you to cheer up, for the fact that God uses the weak to confound the strong. His grace works perfectly well in our weakness. In everything I have seen in my life, I really believe that is not by might nor power, rather the spirit of God…I’ve come to realize that success is not really the things I have, but rather what I think & do. Success actually comes from the little things you do; a lot of people neglect the little things and yet expect big success to be in their blood. Jesus said if one is faithful in monetary issues, the same shall be trusted with big things. The little things that bring success are what I call the secrets of success…let me bring them up to you Below:

#1. The first thing you need in life is to identify the gifts in you, do not neglect any gift in you, by the gift you have you shall find a room in your life amongst people, its part of the Spirit of success already in you! In my life I had to identify every single gift that God gave me and I discovered new ways of polishing them up. If it were not for the gift of interpretation of dreams Joseph would not have been released out of Jail. Study the life of Joseph, you will find that he was a man of dreams in his country Israel, but when he was sold into slavery in Egypt there is no single dream that was reported of him that he saw.  He did not get discouraged by that fact, even though he could not see his own dreams, he selflessly interpreted the dreams of other men. See there is utter joy in giving.

In whatever you do, no matter how small the gift looks to you, it is a spirit…! It has the power to save you. My personal life experience dates back from the moment God called me to start a ministry and preach the Gospel. There were so many things I looked at in my life that all said ‘no you can’t but I only concentrated on those things that said yes you can.’ I realised that God had built up in me spiritual gifts and had nurtured them to a point that I grew up in them. For example through a Group of like minded people on whatsapp that I started and run as an administrator, with the help of other great women of God like Julie Syl herself and others who with kind love rebuked me and corrected me without tiring in order to raise a soldier in Christ in me. His Grace is abundant!

The Spirit of Success is embedded in Faith

#2 Another thing you need to do is to separate yourself from people who happen to have a different vision from yours. If you check from the first book of Romans you will hear Paul introducing himself as an apostle who was separated for the gospel by God and which is true. If you check in the book of acts you will see that Paul had a group of friends with whom together they imprisoned Christians, murdered them, and so many bad things but you will see at the time of his conversion Paul parted ways with these men. It’s not known where these people went at the time Paul saw the light. God told Jeremiah that He before He knew him had sanctified him. To be sanctified is to be separated from anything unholy. I have come to realize that before God blesses a person, He first separates that person and prepares them for the blessing ahead. Another example, Abraham was told to leave his family and all he knew so that he may be given a land that God had promised him. 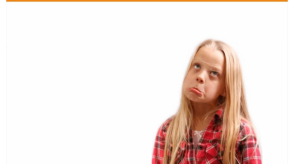 A lot of people I have closely observed in life are experiencing other people’s failures…! Let me show you some credible examples from the bible that will open your eyes. The people who were in the boat with Jonah suffered the failure of Jonah to accept Gods call upon his life, they lost all what they had to the storm. A Jonah is a person who has a vision upon his life but for selfish reasons chooses to leave them and hide under your covering with or without your knowledge. There a lot of people who can bring great changes to this world yet they refuse to play the role they are supposed to. Instead they find a way into your life and bringing a storm with them.

Now consider another person we read about in the bible with a persuasive & obedient attitude. David in the book of 1 Samuel 29, and 30 David had one problem. Its clearly known that David understood that Samuel was the LORD’s anointed and in such case he need not to be touched. But you will be surprised that in the chapters of 1 Samuel 29 and 30 he accompanied some philistine kings who were going to kill Saul… 🙁  Well my stress is on the point that we have some people who abandon their own dreams to build other people’s dreams. David accompanied some kings to help them win their battle not knowing that there was battle he was losing back home. His whole household was taken by some soldiers who raided and burnt his village.

#3 On the same principle of separation, in order to activate the spirit of success, you need to have the spirit of association. Associate with people who have a successful spirit (the same thing happened to a relative of mine where it is said that he used to escort his friend to a kindergarten. Yet himself as absent in classes he happened to have been delayed in his classes). Saul was told by Samuel that if he met some prophets he would prophesy too. If you are a business person, I declare to you that by the reason of finding, associating & learning from other successful business people your own business will prosper…! BELIEVE YOU ME!

#4 The other principle that will activate the spirit of success for you is to have focus. Fix your eyes on people who trust you and believe in you, do not concentrate on the NAY sayers or The Negative…”no-you-can’t” words you keep hearing in your head. Rather the yes you-can. With God nothing is impossible and you can do all things with Christ who  empowers you. The only thing that will guarantee your success is the attitude of always doing the right thing. As far as there is no right of doing a wrong thing, then there is no way you can do a right thing and fail. Have faith in God and believe in yourself.

Confidence is faith that believes in the ability that God has given you. It is a fact that you cannot please everybody but at least you can please someone. The well-known quote by Bill Cosby ‘ I do not know the secret of success but, the secret of failure is trying to please everyone.’ This complements to the fact that no matter how hard you try to please those who are not pleased with whatever you do, you will end up a failure. Fix your eyes on those who believe you can. If it weren’t for the people who encouraged me each and every day, I would not have made the journey of preaching the gospel this far. I chose to close my mind to those people who told Nehemiah to stop building up the wall, the people who always laughed at the work of Nehemiah.

I thank The Rev Samuel F Sarpong for the great work he is doing in the Christian Gold House Ministry Intl,  Liverpool UK. If you have not yet done so, DO join the Facebook Group where he shares some light. Share this article & Comment Below if it has uplifted you and ALWAYS Remember…

SUCCESS is A Spirit and when it falls upon you, You will prosper.  I see you prospering in all what you do. AMEN!

6 thoughts on “The Spirit Of Success”